Being an interdisciplinarian is to be the jack of all trades. This is an educational path that brings together all styles, disciplines, and perspectives, to create an omniscient view on the how and why of the world. To be able to view the world on this spectrum of

understanding you need to be able to understand the individual disciplines that go into to build this larger platter of knowledge.

When working on real world problems or interacting outside of the classroom, having this broad skill set of knowledge comes into play. By learning in an interdisciplinary fashion you are opening yourself up to more viewpoints on assessing information.

In a study, done by the University of Alberta and group of researchers used this method of taking in all perspectives when doing one task. The team’s series of objectives started with determining if children who were exposed to domestic violence were more prone to being cruel to animals when given the opportunity compared to children not exposed to violence. Many different views went into play when doing this experiment because of all the variables.

The key parts of this experiment that you must understand are the psychological, the scientific, and the sociological.

You have to first understand the psychological influence the children are aware of. This context of the experiment is important because of the amount we take in what is around us. We are exposed to so much and this changes how we act and treat others. In the case of this experiment, they wanted to test if someone saw violence would they act more violent.

Having a psychology background in this experiment would be helpful but it will give you a limited view. If you’re only focused on why people do things you forget other factors that come into play.

You must also discern the possibilities for other influences like gender, age, and other exposure to violence. Here is where the scientific background is important; because of chemical make ups from gender when we are born there might be more aggression build into someone that factors into this experiment. In the article, Animal Cruelty by Children Exposed to Domestic Violence by Cheryl Currie, written about this study, she says that, “Animal cruelty may also be self-satisfying, as modeling the aggressor may provide feelings of power and control in what is otherwise an uncontrollable situation”. Being educated in the field of psychology can get you so far but if you are aware of the other influences you can understand the problems better because you have a wide angle on the picture.

On top of these two ways to test in the experiment, there is also sociological. This 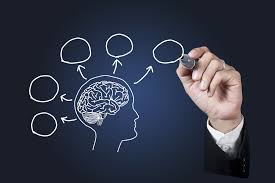 difference from the psychological aspect because it is not so much the learning from what you see but more the outside influence that society has branded. Since there is a stigma for men to be violent or those that believe humans are the most sophisticated and advanced species, then it could be a subconscious force that made the children in the experiment think that is how they treat animals. Currie addressed that so many factors are relevant when testing something that seems so specific, “It is unclear why some children emulate the violence they are exposed to and others do not”. Whether it is where they picked up these actions or if they were born with them, it is crucial to be aware that you cannot just look at it from one side.

In the experiment, they had voluntary participation where the subject had to provide evidence of the domestic violence crime. Even the boundaries for this are too broad because it is unclear to what extend they were exposed. On this statistical alone, you have to be cautions you are not limiting your understanding to one discipline of knowledge.

This article was incredibly relatable because of the way they conducted the operation. They were not close minded, but made it clear that you needed to recognize all the different parts to have a full and correct perspective.

The way of learning where you do not put a limit on your education can create a more abstract but effective way to handle situations. In the domestic abuse testing demonstration all of the conductors worked together using knowledge each had obtained from there discipline. But by them understanding that all of their backgrounds, whether from science, retrieving data, or psychology, were prevalent they were able to see different views of this experiment that otherwise could have been dismissed.

One thought on “Jack of all Trades”